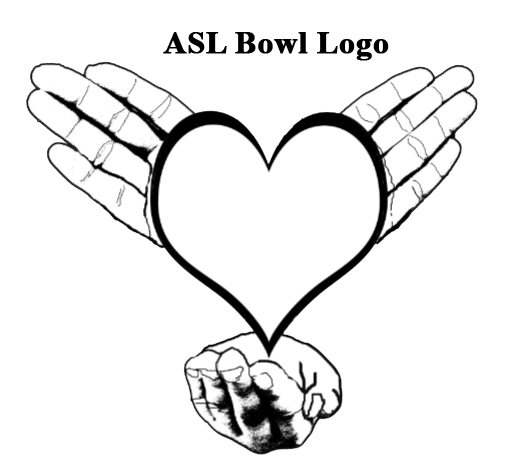 To read about GSPD ASL Bowl History, click on the following link:

Original Fiction:  A short story with an opening and closing, a problem and solution, a clear lesson or moral,
and usually has three major events, a main character and other minor characters, and scenery.

Narrative of Personal Experience: These stories are real-life accounts of various events, including those that are humorous or tragic and those of struggles to overcome various odds. Often these stories feature the oppression of Deaf people and how they succeed in the end…or not.

Cinematographic Story:  These stories involve cinematographic techniques that are film-like, such as close-ups, panning, zoom-in, zoom-out, medium shots, far shots, angled shots, slow and fast motion, and morphing of objects. Sometimes it is a way to retell or re-create scenes from movies.

Folk Tale: According to Rutherford (1993), there are various types: legends, tall tales, and traditions. Bodies of work whose origin is lost but that have been shared in the community for a long time; whose origins may have begun as narratives of personal experience and subsequently have been passed around. Sometimes they involve real historical events with fictional characters, or real characters placed in a fictional time. Some stories are a copy of well-known stories with an interesting twist or with replacements.

A to Z: Interplay between the community’s two languages, ASL and English, where the storyteller manipulates the phonetic system of one language with the phonological system of the other. There are four general rules when creating a story with constraints in hand shape sequencing and sign selection:

1 to 15: Interplay between the community’s two languages, ASL and English, where the storyteller manipulates the phonetic system of one language with the phonological system of the other. There are four general rules when creating a story with constraints in hand shape sequencing and sign selection:

Plays on a Fingerspelled Word:  The story unfolds based on hand shapes that follow the sequence of the fingerspelled word (names of states, people, or activities) or by illustrating some aspect of the word.

Jaeden Rolofson: Right/Left
“My Own Experience” (2:36)

Hand shape OR Rhythm Usage:  Visual syntax of movement in

Imagery OR Symbolism: This is a visual-kinetic embodied relationship of the author’s body and self, and text, using an imagery or symbolic element such as personification, metaphor, theatrical, autobiographical, narration, monologue, etc.

Aryzona Marsh: Characters Writing Throughout History
“The Evolution of Writing” (2:23)

Raul Melgar: Personification of a Tree
“The Evolution of American Inventions” (2:54)

Non-manual Markers: This is a visual-kinetic body-text relationship involving the author’s facial expressions: linguistic nuances of movement of the mouth, eyes, eyebrows, tilts of the head, shoulders, and so on while performing the poem.